M I L L I have always been captured and inspired by music, often considering it as the only form of personal expression.

Over the years she approaches various genres, passing from the 4/4 hip-hop music of the late 90s of the American east coast, passing to electronic and rock, up to the most lyrical, introspective, romantic, and desolate strings of the English dark wave.

The fascination she has for brutalist, industrial, decadent and abandoned contexts lead her to approach the synthetic, dark, harsh, penetrating, raw, and strident sounds of techno music, capturing her soul.

The event that sparked off was when she first saw The Prodigy’s music video No Good (Start The Dance), in 1997.
The exaltation and the sense of freedom that those people transmitted to her in the video, the lightness, the lightheartedness, the sense of aggregation that she managed to grasp, bewitch her to the point of deciding to want to be part of that world for the whole life.

Having moved to Rome from a small town in the province of Naples, she has the opportunity to enter this scenario, participating in some of the capital’s underground events, such as the techno event of the organization Amigdala at the Ex Dogana, or the after-parties of the Neo and the After 300 at the former general warehouses.

Her sets are to be interpreted as emotional introspective journeys, with the aim of replacing words with music, accompanying the listener on own inner journey, and often this results in Dj sets that evolve rhythmically, combining dark and hypnotic sounds with raw and industrial sonorities. 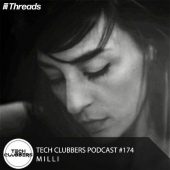 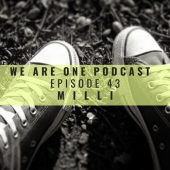 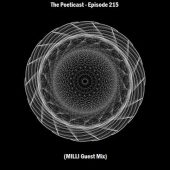